I was tagged by fabulous fellow blogger Needless to Say for this ‘Seven Things’ Meme. I’m not sure if I did this one before, and I’m experiencing a medically induced laziness to check, so I’ll just off and do it again, shall I?

Seven things about me that I may or may not have shared previously in some form, known only by some family and a few friends who are probably sick of my stories and secretly think me a bit full of myself though they’d never say so because I have Many Endearing Qualities:

1. I was the lead singer in a terrible band in college. We did one show. There IS video evidence. Fortunately I lack the VHS to web technology to share it and ANYWAY you would never see it because, good God, its terrible. If I am really that awkward I should not leave the house.

2. I was on PBS in high school (Channel 12, for youse in Philly) fake sight-reading my way through Handel’s Messiah on live TV. I was sporting a red sweatshirt with a teddy bear on it, giant Jeanine-from-Ghostbusters glasses, with all my hair pulled back drum-tight with a giant tortoise-shell barrette. I’m right in the front row by the harpsichord so I got a lot of camera time and didn’t realize how painfully short bus I looked until my grandmother popped the tape in for all the relatives to see at a family gathering. They showed it EVERY Christmas Eve for years until Pavarotti and the Vienna Boys Choir became the go-to music program and the greater Philadelphia area was spared my dorkiness.

3. I own firearms and a sword and have been trained to use both.

4. I have socialized with people who were either expelled from this country or refused entry here. I had guns pointed at me and visited two different prisons on the same trip. I will likely never be hired by the Department of Homeland Security for these and other related reasons. I’m now slightly paranoid that this whole item has tripped some sort of flagging program and my blog will now be monitored.

5. I was once caught shoplifting in the Province of Quebec and was convinced that the store owner had the legal authority to imprison me because he had an accent. I was four years old.

6. I married the second person I ever dated. My husband married the first person he ever dated. We did not live together before we were married. We have been married for twelve years.

7. I’m a firefighter and an EMT. I do more EMT-ing than firefighting, mostly because half our firefighters hang out at the station and I’d have to have the power of by-location to get there in time to make the first or second truck. So I usually only end up going if it’s a huge fire and we dump the station. There aren’t many of those. But I have the nifty coat with my name on the back in yellow reflective letters, which still feels badass even though when I put the whole rig on with the boots and suspenders I am pretty sure that if you knocked me over I’d roll back and forth on the ground and yell "Hey guys! I CAN’T get UP!!" Like Ralphie’s brother in A Christmas Story. But I’ve been on 107 ambulance calls this year. Of those, only five involved the patient being zipped into a plastic bag. (One stroke, one massive MI, one motorcycle vs. Various Stationary Objects, two suicides.)

I know I'm supposed to tag others, but since most of you have already done this one, feel free to throw interesting anecdotes into the comments, so I can break my big record of like, eleven comments on one post. Just make sure you vote for me so I can feel the love.
Posted by Shieldmaiden96 at 12:49 PM

Great list of things! A few had me laughing out loud.

PS- we all looked a bit "short bus" back then. I recall being really happy wearing pink harem pants, a pink and blue big sweatshirt with ELEPHANTS on it, and two pairs of slouch socks-- not to mention my pink high tops.

I'm not ashamed to admit that if I could still GET black harem pants I'd have at least two pair.

I had those really big glasses too, so not flattering to every face shape.

"...and didn’t realize how painfully short bus I looked."

Great list... and way cool that you're a firefighter/EMT!

Very interesting! A 4-year-old shoplifter, eh? Boy, I wish you could provide the videos both from your high school band and your stint on PBS. Come on. Please?

JD at I Do Things

Very cool list, especially the firefighting and EMT.
I used to love shoulder pillows cause they make you look thinner. Hoping they come back!

I just like your writing--even though I'm apparently the only one who's never heard the phrase "short bus" before!

Michael from dadcation.com said...
This comment has been removed by the author.
Sunday, 21 December, 2008

Thanks the the interesting tidbits! I got tagged for this and wrote a disgusting post about 7 aggressive whores I met while single. Glad you have better taste than that.

Hope you and UR have a great Christmas!

You may own a firearm and a sword but do you own a Bat'leth? Just wondering. I only know one person who does and it's not me.

LOL! Considering that one could not really fight with one without gouging out one's own biceps, no.

I do know some people who can fight with a shillaleigh, though. There's a whole martial art for that too. Which is awesome.

You're trained for sword use? Nice.

I love these things. Reading them, not doing them. 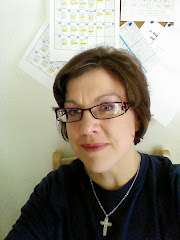